The Miami Dolphins are one of the most heavily improved and intriguing teams in the NFL right now. Coming off a titanic offseason in which they updated the entire roster, they’ve radically changed their fortunes. Predicting fantasy football has always been, at best, a hit or miss proposition.

When it comes to a team like Miami, it can be nigh impossible. Therefore, Time Skew is here to do the impossible for you. Let’s take a look at the potential for some of the Dolphins Fantasy assets.

Wide receiver DeVante Parker had an awakening in the latter half of last season. In his last seven games, he had 35 receptions for 733 yards and 5 TDs. That is a phenomenal performance. This includes only one game with a sub-70-yard performance and two separate 2 TD games. Whether or not he was a great fantasy asset is beyond question. The issue is whether or not he can continue that performance.

Something to bear in mind over that stretch is the rash of injuries that ravaged the Dolphins wide receiver corps. Jakeem Grant was on IR for the last five weeks of the season. UDFA sensation Preston Williams was out for the last eight. Allen Hurns and Albert Wilson were both dealing with lingering injuries from earlier in the season. This left Parker as the sole reliable, healthy, veteran presence at wide receiver on the roster. With Gunslinger, “push the ball down the field” Ryan Fitzpatrick at quarterback, Parker was destined to get targets and deep ones. And that’s exactly what happened week after week for Parker.

Targets aside, Parker still had to catch the ball when it was thrown to him. And when he did, boy did he. Travis Wingfield, a staff writer with the Dolphins, waxed poetic about Parker’s improvements at route running, defender manipulation, and technique. This is all coupled with the tantalizing physical skills he’s possessed for the length of his career. His performance in week 17 against DPOY Stephon Gilmore was a phenomenal showcase.

So where does Parker’s fantasy value lie? Fitzpatrick is currently expected to be the starter at the beginning of next season, lending stability there. But prize rookie Tua Tagovailoa waits in the wings, providing uncertainty. He clearly won’t benefit from the dearth of supporting talent that he did last season, which will hurt his production.

But there’s an argument to be made that perhaps last year was his long-awaited coming-out party, and the injuries were just the opportunity he needed to show it. He’s clearly not yet a first round prospect in redraft, but the high ceiling and what should be a safe floor leaves him in a decent second to fourth round situation, depending on league composition. 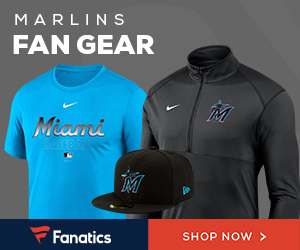 See what Mike, Pride, and Q think of Parker HERE

The Dolphins Fantasy RB situation appears to be one of the most dreaded in all fantasy sports: running back by committee. The two-headed monster of Matt Breida and Jordan Howard, however, encouraging it may be for fans of the team, is a very murky beast for fantasy. The expectation is that Breida will be the lightning to Howard’s thunder. This means Breida should get more passing downs, more value in PPR and possibly more chances at big breakoff runs with his speed. This also means Howard will likely get more red-zone opportunity, likely more touchdowns, and more touches in general.

So where does this leave the Fantasy manager? Both players are certainly worth drafting, with Miami’s new offensive line and the anticipated RPO heavy offense the team is expected to roll out. However, neither should be the number one or even number two RB on your team. In terms of the Dolphins fantasy numbers Breida edges out Howard in PPR formats through sheer volume, but in standard leagues, it should be expected that Howard’s bruising goal-line usage will win out. Look for them in the middle rounds.

Mike Gesicki quietly had an improved year last season, showing growth in almost every statistical category. He still isn’t the big body catching monster that some hoped he would be when Miami used a second-round pick on him, but continues to flash. He’s locked down his position as the primary receiving tight end on the roster and has shown improvement blocking. With the tight end position being one of feast or famine, most fantasy players will find themselves searching for someone with a solid floor or a matchup-based player to fill their roster, and Gesicki can fulfil that need. If you punt on a tight end to the later rounds, consider Gesicki on the chance that he pushes his ceiling higher than expected.

And there we have it. The most noteworthy Dolphins fantasy players on their roster. In spite of all the tumultuous changes to the roster this offseason, the team still possesses some fantasy assets. Finding these assets in places others might not look at is the heart of good fantasy football.